Please read and accept the terms and conditions below to continue 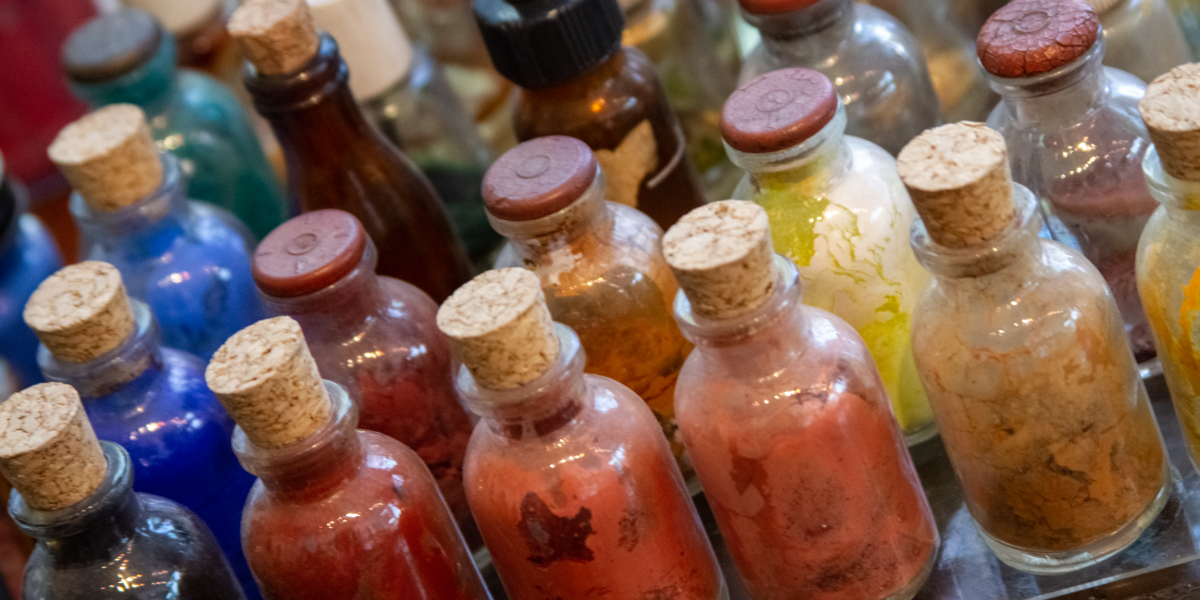 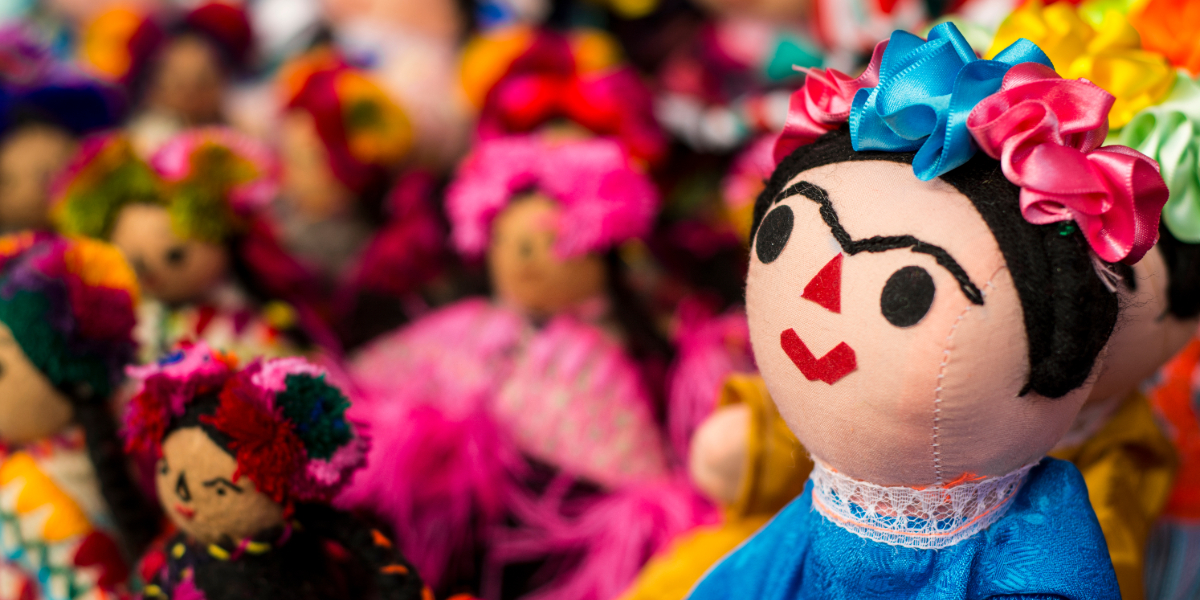 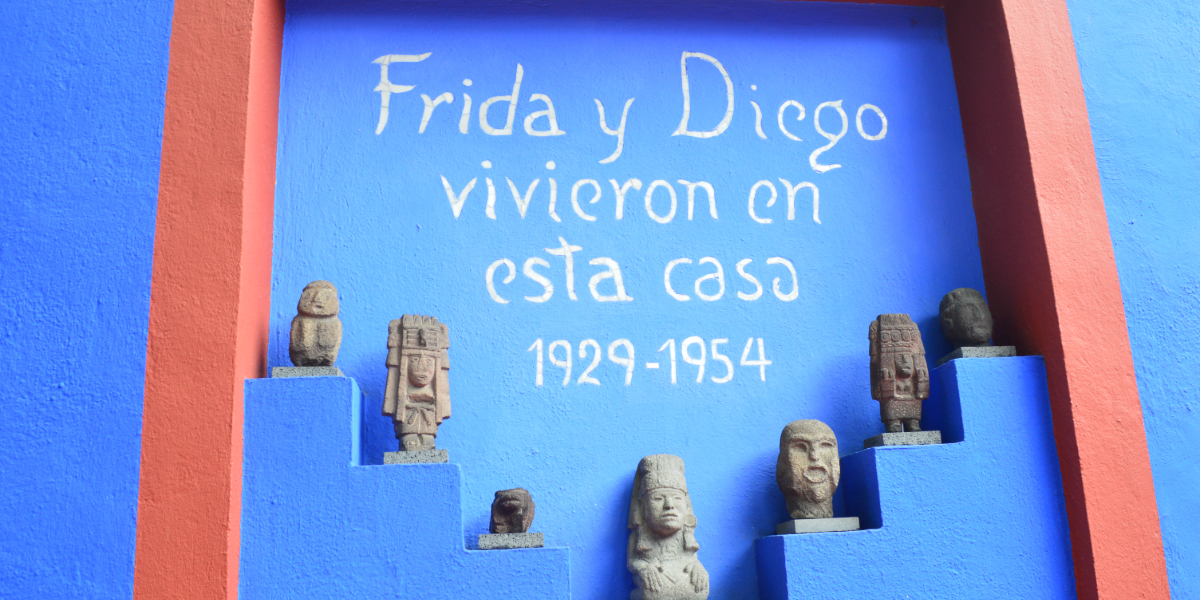 The Life and Art of Frida Kahlo & Diego Rivera

The Life and Art of Frida Kahlo & Diego Rivera

Frida Kahlo and Diego Rivera are recognized as some of the most notable artistic figures of the early 1900s, and even after each of them passed away in the 1950s, their reputations live on through their inspiring artwork that captures raw emotions related to gender, politics, personal struggles and more. On this DreamTrip, you’ll visit 4 museums featuring both Kahlo and her longtime companion Rivera to get a real sense of their enduring legacy.

Start at Coyoacan on the outskirts of the city. This bohemian-like neighborhood is home to museums, colonial-era houses, cantinas, cobblestoned main plaza and souvenir markets. After some free time looking around, head to Frida Kahlo Museum, a blue-colored house where she was born in 1907 and died in 1954. Kahlo’s life and times are displayed with paintings such as Portrait of My Father, original furniture, artifacts and artwork by Rivera. Continue to Museo Diego Rivera Anahuacalli, an imposing pyramid-style building of volcanic stone designed by Rivera. Here, marvel at thousands of pre-Hispanic relics as well as some sketches of his murals.

At Museo Casa Estudio Diego Rivera y Frida Kahlo, you’ll get a glimpse into the home of this couple. They had their own living quarters separated by a bridge, and you’ll see Rivera’s studio and Kahlo’s bathroom containing the bathtub that appears in her famous painting What the Water Gave Me. End the day at Museo Dolores Olmedo. This building dating to the 1500s comprises gardens, courtyards and rooms containing the world’s largest private collection of works by Rivera. Exhibited are his painting Self-portrait with Broad-Brimmed Hat and Kahlo’s Self-Portrait with Small Monkey.

What we love:
• Kahlo and Rivera were married in 1929, divorced in 1939 and remarried in 1940, and many of their works give insight into this complicated relationship.
• Throughout her life, Kahlo experienced health issues, from polio in childhood to injuries from bus accident as a teenager, and her tragedies are frequently expressed through her art, especially in the painting The Broken Column displayed at Museo Dolores Olmedo.
• Part of the Mexican Mural Movement of the 1920s, Rivera is known for politically themed frescos such as Man, Controller of the Universe painted on a wall at Palacio de Bellas Artes in Mexico City.
Show More

Your DreamTrip includes 5 days and 4 nights in Mexico City, Mexico, as well as:
• Full-day private Frida-and-Diego museum tour; includes guide, museum entrance fees, nonalcoholic drinks, snacks and transportation.
• Welcome reception in the lobby with 1 glass of wine per person.
• 10% discount on paid treatments at the hotel spa.
• 4 buffet breakfasts.
• Gratuities for hotel housekeeping and porterage.
• Round-trip airport transfers.
• Complimentary Covid-19 Antigen Testing.
• A host, whose goal is to ensure you have a great DreamTrips experience from landing to liftoff — they host a welcome reception on arrival day, attend scheduled activities throughout the trip, notify the group of itinerary updates and more. (Please note: A host will be provided only on trips with bookings of 10 or more adults.)

Extend your journey with: Savor the Flavors of San Miguel de Allende August 1-4, 2021

Airfare is not included in the trip price! The closest commercial airport to the hotel is Mexico City International Airport (MEX), approximately 9.5 miles (15 kilometers) away. We highly recommend that you purchase travel insurance for any trip.

To arrange your airport transfers, please submit flight details HERE by May 21.

Please note: Transfers are provided only for the airport(s), dates and times listed above.
Show More

As a Titanium Member, you’ll indulge in extra special benefits, starting with a room upgrade* upon your arrival at the hotel — kick back in style with more space and deluxe amenities.

Plus, Titanium Members will enjoy the Platinum Inclusions on this DreamTrips experience.

Life is amazing when you’re a Titanium Member!

On top of your other exciting excursion, Platinum Members will be treated to a private taco-and-history walking tour on Day 4. Stroll the ancient streets of UNESCO-protected Historic Centre of Mexico City and learn about the city’s rich culture and history — all while sampling delectable fare from 8 taquerias (places specializing in tacos). These venues range from street-food stalls to one of the oldest restaurants in the city, giving you the opportunity to experience authentic ingredients and flavors unique to each. You’ll soon discover that tacos are made differently throughout the country!

Day 4: Full-day private Platinum walking tour; includes food samples and a knowledgeable guide. See Additional Information for details and restrictions.
• 10 a.m.: Tour starts in the Historic Centre of Mexico City*.
• See well-preserved sites and get a glimpse into local culture and history as your guide leads you through Historic Centre of Mexico City on a fun and fascinating tour.
• Visit 8 taquerias and sample delicious tacos at each stop.
• 6 p.m.: End of the tour.

Life is great when you’re a Platinum Member!

*Transportation is not included. Please make your own way to the entrance of MUMEDI prior to the 10 a.m. tour departure time.
Show More

Day 1
Arrive at the airport and transfer to the hotel, timing based on flight details provided.
Check into the hotel at any time after 3 p.m.
3-6 p.m.: Visit the welcome table in the hotel lobby.
7-8 p.m.: Welcome reception in the lobby with 1 glass of wine* per person.
The rest of the evening at your leisure. Dinner is at your own expense.

Day 2
Buffet breakfast**.
A day at your leisure. Lunch and dinner are at your own expense.

Day 4
Buffet breakfast.
A day at your leisure. Lunch and dinner are at your own expense.

Day 5
Buffet breakfast.
The rest of the morning at your leisure until checkout and your flight.
Check out of the hotel by noon.
Transfer to the airport, timing based on flight details provided.

*The minimum age to consume alcohol is 18 years. Age is determined at the time of travel with valid, government-issued ID.

**If COVID-19 guidelines are in place, you’ll be offered a comparable option.

Full-day private Frida-and-Diego museum tour:
• This tour involves extensive walking. It is not recommended for guests with mobility issues and certain health conditions. Please consult your doctor prior to booking travel.
• We recommend that you wear comfortable footwear and clothing and bring a hat, sunglasses and sunscreen.
• Meals, gratuities and travel insurance are not included.

Private Platinum walking tour:
• We recommend that you wear comfortable footwear and clothing, and bring a hat, sunglasses and sunscreen.
• Gratuities and travel insurance are not included.

Grand Fiesta Americana Chapultepec is set in the trendy Colonia Anzures neighborhood, putting guests close to restaurants, boutiques and more. The hotel overlooks the massive Chapultepec park, with views of Chapultepec Castle from nearly every guest room. Wonderful amenities include a restaurant featuring contemporary cuisine, a spa where you can treat yourself to a rejuvenating massage — or some downtime in the sauna or whirlpool — and guest rooms designed for the ultimate in comfort.

*If COVID-19 guidelines are in place, occupancy is restricted to 2 adults per guest room.

By booking this DreamTrip I understand that the hotel may request a credit card upon check-in. The hotel may request the credit card in order to: a) place a monetary hold of US$50-200; or b) hold for incidental, security or other charges. By booking, I acknowledge having received notice of this potential charge and accept that Rovia™ recommends a credit card rather than a debit or bank card be used in the event the hotel requests the card. I understand that any such request made by the hotel is outside of the control of Rovia and is strictly a hotel policy. Should I have questions concerning the hotel’s policy, I accept responsibility for contacting the hotel independent of Rovia.
Show More

For peace of mind, why not consider an optional travel insurance plan through Travel Guard? Offering assistance with common travel problems like flight delays or lost luggage, Travel Guard can help you start your next adventure prepared for the unexpected!

Please contact Travel Support if you have special requests regarding bedding, meals or medical needs, or any other questions about this trip.

Name Change Policies: Name changes are generally not allowed on trips to avoid fraud, gaming and profiteering. We want to ensure that most of our travelers are members. For this DreamTrip, we do make certain exclusions, including the policy below:

We reserve the right to refuse a name change at our sole discretion. If allowed, name changes must be done no later than May 21 and are subject to a fee up to US$100. Name changes after this date are not allowed.

Members can’t combine DreamTrips Points. Your membership level determines the maximum amount of DreamTrips Points you can use. If you have more than 50 Rovia Bucks, you can apply them in the checkout process.

Hotel/resort credits and/or discounts cannot be converted to cash, and any not used during your stay will expire immediately upon your departure. Member is responsible for paying any taxes that may be added to items purchased with hotel/resort credit.

In the unfortunate event that an activity or excursion is no longer available, we will substitute a similar activity of equal or greater value.

Make sure that your passport and visa, if applicable, are up-to-date before you leave! It’s important to double check that you have all the identification and other documentation required by the specific country you’re traveling to. In many countries, passports and visas must be valid for 6 months or longer after the trip end date. If you are unable to obtain the required identification and other documentation, the Cancellation Policy for this DreamTrip will apply.

Make sure that you request a name change or room change at least 31 or more days before the 1st day of your trip. Due to contractual supplier policies, we may not be able to confirm requested name or room changes to existing bookings for trips that are scheduled to travel within 30 days of your request.

Each individual, including each child, who is coming along with you on your DreamTrip is required to have a booking prior to the commencement of the trip. If you do not book and pay for each such person in advance of the trip, you will be charged the hotel’s then-current rate, not the trip price, for each such person at the time of your check-in.

Pricing for children is based on their age at the time of travel and may be subject to additional terms and conditions of individual hotels and all-inclusive resorts. Also, pricing for children can vary, and may be higher than pricing for adults. Therefore, before you book any travel, please check the relevant hotel or resort website for applicable terms and conditions as well as details regarding their pricing structure.

Pricing shown is for each person, and is based on 2 adults per room.

Please don’t consider your change requests official until you receive a confirmation email from us.